On this first stage i.e. circuit of Prague, Stan Brittain finished 2nd just beaten by a Belgian rider Boeke, and with a rider we would hear much more about – one Gustaf Adolf Schur 3rd. The rest of the team finished in the main group.

Stan won two early primes, then Bill Baty on going over a level crossing smashed his rear wheel, I gave him a spare bike which must have been Ray Booty’s because Bill always related later that he had to ride thro the frame because the saddle was to high. Clearly Bill had an unsuitable bike, and I quickly put a new wheel in his bike and as soon as possible swapped bikes again. I was learning the hard way, ( I tried everyone on the spare bikes later that night ensuring which bike would suit them if and when the occasion arose). The second stage was won by that tall Czech Kubr, from Verhelst (Belgian) and third was a rider we were get to know in future tours Christoff of Bulgaria, Stan was 3rd on general classification. By the second night I had got my act together and had worked out a routine on the bikes, this routine I carried out the same for the next 13 years as a mechanic.

Stan with Ray Booty, Owen Blower and big Ron Jowers finished in a small group containing the race leader, John Pound and Bill Baty had missed the break. Stan was leading the race from Jan Veseley of the Czech Republic & with Tshischikow of the Soviet Union at 2min 54secs. My routine for the bike was going O.K we had no mechanical trouble and no punctures 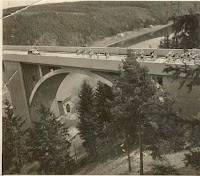 Stan Brittain, Owen Blower, Ray Booty and Ron Jowers rode well even though Ron packed up through a gross error by our team manager (Arthur Spurgin or “Bruno” as he was nicknamed) Ron had been detailed to go with the first break and he carried out his instruction to the letter, this break had 9 minutes at one time, I suggested to Bruno that we should go and have look at Ron, leaving the Dutch team manager Brum Koopman to look after Stan, Owen and Ray, (Bill Baty and John Pound were further back with the Indians). It would be about twenty mile to go before “Bruno” decided to check up on Ron, and we had a job with the commisaire who wouldn’t allow us to go past the main group. (“Bruno” had upset him day before). We found Ron in a dry ditch – he had ‘packed’ and was waiting to be picked up. He was still 3 – 4 minutes up on the main group, and no advice or encouragement from me would get him back on his bike. One of his problems was that the food handed up to him at the feeding station did not suit him, he had strong likes and dislikes and we had his special food with us in the car, which we hadn’t been able to get to him at the appropriate time. This rider packing was a big blow to us, Ron was a good rider, all he required was a bit of psychology but “Bruno” was beyond such technique. Stan, Owen and Ray finished in the leading group which unusually was an open road sprint, most other finishes being on cinder tracks.

Karlover Vary is a beautiful place, our accommodation was in the Hotel Moscow Pupp where earlier this century King Edward V11 had stayed with the Kaiser. The bedrooms were real luxury with marvellous ceilings and the baths had gold taps. In the large dining room a 100 piece orchestra was playing Glen Miller music, it really was magic. Earlier in the day a Rumanian rider had broken his gear cable. His team car was far ahead, so we lent him our spare bike, and I leaned over the back of our car and fitted a new cable then, racing ahead, gave the Rumanian his bike back. Little did I know that the race authorities gave a special prize to the mechanic who helped another team and I proudly won a piano accordion and a vase, plus being presented with a bronze medal and accompanying certificate. Stan was still holding the yellow jersey by 1min11secs from the Czech rider Krivka with Vesely 3rd at 1min32secs from Schur 4th & 2min58secs.